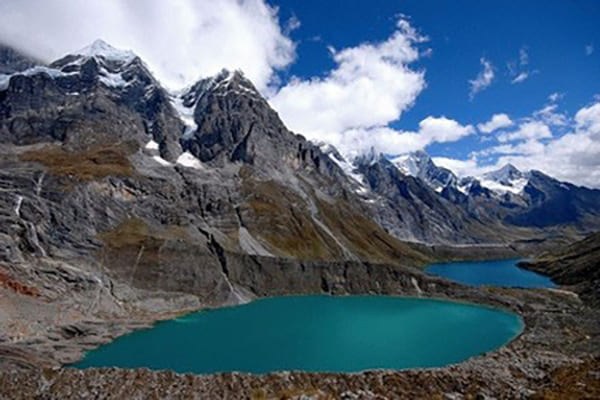 Peru is one of the most valuable countries on the planet due to its high landscape diversity, living resources or biodiversity, its mineral wealth and invaluable contribution of its people to the world's welfare, without Peru, this would be poor and famished.

Peru covers an area of 1'285216 sq km. Its population in 2008 reached 28 million. The official language is Spanish, but also 45 other native languages are spoken. The first men arrived to Peru about 20000 years ago and brought the dog and knowledge of fire. Evolved in many groups and different cultures, and came to establish some of the most important civilizations of the old times.

Peru has 14 linguistic families and at least 44 different ethnic groups. Of these, 42 inhabit the Amazon. These aboriginal groups have important knowledge regarding the uses and properties of many plants and animals (4400 known useful plants and varieties of minerals) In one hectare of traditional crop of potatoes in the highlands is possible to find from three to ten species of this tuber. This exceeds all species and varieties that are cultivated in North America. These aboriginal cultures are important centers of traditional knowledge.